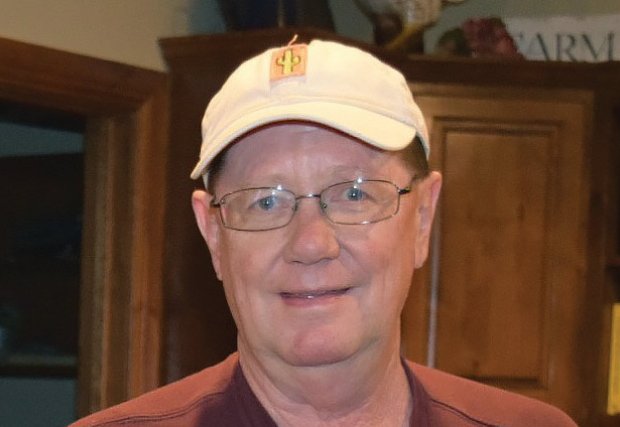 In medical emergencies, it’s important to get the right level of care as quickly as possible. And going to an ER that’s part of an acute care hospital has many advantages, especially when a higher level of care is needed. Just ask Lloyd “Buddy” Durbin and his wife, Malinda.

The couple lives on a large ranch in Atoka, OK. While preparing dinner on the evening of June 11, Malinda noticed that Buddy’s arm was limp and he was having difficulty speaking. She recognized these as possible stroke symptoms and her daughter called 9-1-1.

When Atoka EMS arrived, they realized Buddy’s condition was critical and called for Air Evac, who flew him to TMC instead of taking him to the local hospital. They made their decision based on a presentation by TMC’s Stroke Program Coordinator Jenny Reeves, RN, SCRN, PCCN, just three days before. It was there that Jenny spoke about TMC’s accredited stroke program and new neurointerventional suite with biplane angiography.

The ER staff and neurointerventional team were waiting when Buddy arrived at TMC, and his whole left side was paralyzed. After a CT scan, CT angiogram and receiving clot-busting medication, Interventional Neurologist Vivek H. Tank, MD, explained that Buddy had a large clot in his brain that needed to be removed. “I told Dr. Tank to do what he needed to do, even though it was a risk. If he did nothing, we would have lost Buddy for sure,” says Malinda.

In less than two hours from the time he arrived at the ER, the clot was removed and blood flow restored. After a hospital stay, Buddy spent a week at the TMC Reba McEntire® Center for Rehabilitation and improved much faster than anticipated. He has gotten back to his daily activities and has almost no side effects from the stroke.

“So many miracles happened that day! Without the care Buddy received from EMS, the ER staff, Dr. Tank and his team, and Jenny, he would not be here today. The therapists at Reba Rehab were incredible, and Buddy made amazing progress every day. We are forever grateful and we just love TMC,” says Malinda.

If you are experiencing an emergency and need urgent medical care, dial 9-1-1 immediately.

Learn more about our emergency services >

Learn more about our stroke services >