"I wish I would have done this sooner!" | Texoma Medical Center

"I wish I would have done this sooner!" 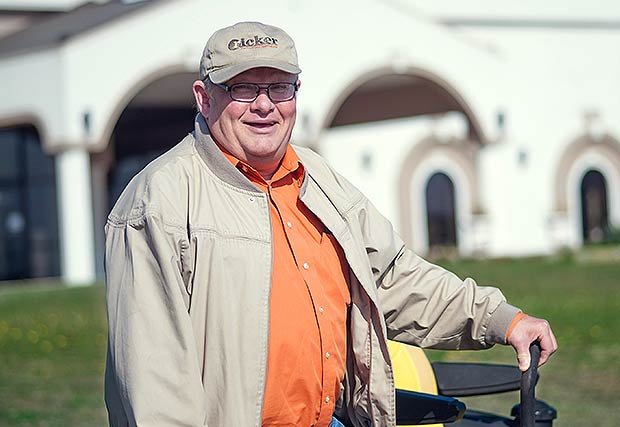 David Carr, 66, had been having knee problems for about 20 years, but kept putting off the inevitable – knee replacement surgery. When he grew tired of the constant pain and inability to do daily activities, he knew it was time.

Following his appointment with Orthopedic Surgeon Benjamin Wilson, MD, Carr scheduled surgery for his left knee for November 10, 2017. But as much as he was looking forward to having his knee pain relieved, he was anxious about the whole procedure and the outcome. That’s when he learned about the Joint Replacement Camp at TMC, led by an Orthopedic Joint & Spine Coordinator. “The information shared in class was incredibly helpful, and we all learned what to expect, from pre-op to post-op, pain management and rehab,” says Carr. “I think that is what made me the most concerned – not knowing what to expect. But after this class, I felt totally ready for my upcoming procedure.”

After surgery, Carr says he was up and walking in two hours. During his two days in the hospital, the Joint & Spine Coordinator also came in to check on Carr’s progress and to make sure his pain control was good. Once he was discharged, Carr says home care nurses stopped in several times to help him prepare for outpatient rehab and to ensure his knee was moving properly.

Carr says he can now bend and use his knee without pain, and regrets putting off the surgery for so long. “The difference is night and day, and I have told my friends who have been delaying it, to go ahead and get it done,” he says. “The nurses and doctors at TMC were amazing and I would choose no other hospital. I have had other procedures done there, and it is the best place to go.”

Carr did so well with the left knee, he is looking forward to having his right knee replaced. He takes care of his church’s grounds – 11 acres, so he is grateful he will be able to get around without pain. Says Carr, “I give the credit to my doctor and the nurses and therapists who helped me through this. Don’t make the same mistake I did – get your joint replacement done soon. The folks at TMC are with you the whole way!”

TMC’s orthopedic program has earned The Joint Commission’s Gold Seal of Approval for hips and knees.

TMC’s Joint Replacement Camps provide pre-operative education that can help you physically, mentally and emotionally prepare for your surgery. You will meet other campers who are having the same surgery and build relationships with others.

The joint replacement camp is held once a week for one hour, and you only need to attend it one time. Those who attend camp generally have a shorter hospital stay, a faster recovery time, and fun along the way!

If you are interested in participating in the camp, let your doctor’s office know and they can register you.