Breathing Easy After Decades of Emphysema

An Innovative Procedure for Pulmonary Issues 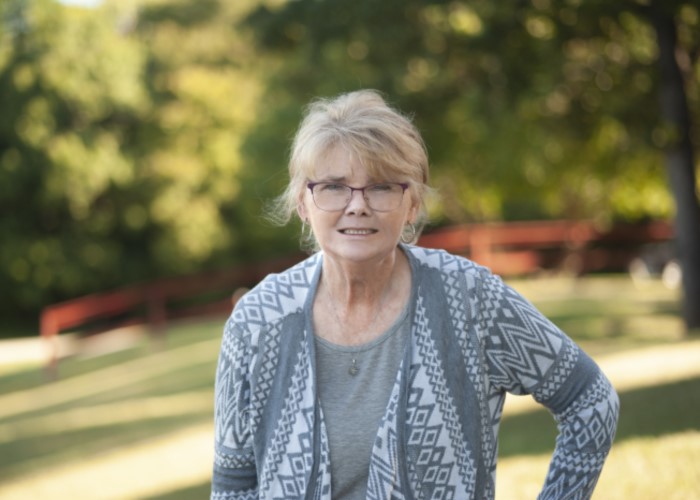 Martha Morse is a 67-year-old Texas native who has suffered from emphysema for much of her adult life. She was around secondhand smoke and pesticides during her youth, a time when health regulations were not taken as seriously as they are today, and believes these factors contributed to her pulmonary issues.

Shortness of breath became an increasingly difficult issue as she grew older. Her condition worsened to the point that she had to retire early from her job at a food factory. “Flour and dust really irritated my condition,” she recalls. “I lost a lot of ground.” She was also no longer able to do the volunteer work that she is very passionate about or enjoy being out and about during the day.

As her condition continued to worsen, Morse sought a pulmonologist. About two years ago, her primary care doctor referred her to Sanober Kable, MD, at Texoma Medical Center. Dr. Kable put Morse on an oxygen tank, and they began exploring medications to resolve her pulmonary issues. “We want to exhaust every medical option first,” Dr. Kable explains. “Only after medications prove ineffective and oxygen levels drop to a certain level do we consider a surgical procedure.”

Morse’s last annual oxygen level test made it clear they had reached that point. “I was in and out of the hospital and on the oxygen tank 24/7,” says Morse. After seeing her oxygen level was in the low 80s, Dr. Kable knew it was time to change course. “I ran a CAT scan, and it showed that her lungs were enlarged and preventing her diaphragm from functioning well,” Dr. Kable recalls. “This was when the Zephyr® valve procedure came into play.”

The Zephyr® valve procedure puts a valve over a damaged part of the lung to let air in while preventing air from exiting the damaged section. Not all emphysema patients qualify for the procedure, so Dr. Kable had to run a specific type of CAT scan (a valve protocol) to determine if Morse was an appropriate candidate. “The valve protocol shows us how much destruction is present in the lung and how concentrated it is,” Dr. Kable explains. “We've found that the valve is effective in patients whose damage is concentrated.”

Once approved as a candidate, Morse was quickly scheduled to have the Zephyr® valve put in place. The procedure, considered minimally invasive, took only 30 minutes to complete. The results were immediately noticeable. Morse, who could barely speak without losing her breath prior to the surgery, was on her feet and in physical therapy the next day.

A Breath of Fresh Air

Morse participated in physical therapy for six weeks following her procedure, and after three months she no longer needed to be on oxygen all the time. She remains in pulmonary rehabilitation and is improving every day. “I can exercise again and only have to use the oxygen tank while I sleep,” she says. “I’m able to go to the store, go out to eat and go to my great-grandson’s football games without worrying. I’ve reclaimed my independence.”

Looking back on the care she received, Morse says, “I literally trust my life with Dr. Kable and would recommend her to anyone with a pulmonary issue. She always kept me encouraged and she’s on top of everything, all the time. For older patients, having to travel to Dallas or Fort Worth for a good doctor can be a hardship. With TMC having quality doctors in the area, we are truly blessed.”

Individual results may vary. There are risks associated with any surgical procedure. Talk with your doctor about these risks to find out if minimally invasive surgery is right for you.