The health of your lungs and respiratory tract is crucial to your overall health. According to the National Institute of Health, lung disease is the number three killer in U.S., responsible for one in seven deaths. Today, more than 30 million Americans are living with chronic lung diseases and pulmonary disorders.

Texoma Medical Center has pulmonary and sleep medicine specialists who are board certified in Pulmonary Medicine and Internal Medicine and provide advanced care for a wide range of conditions. They offer comprehensive evaluation of respiratory symptoms and diseases, especially complex and rare disorders. 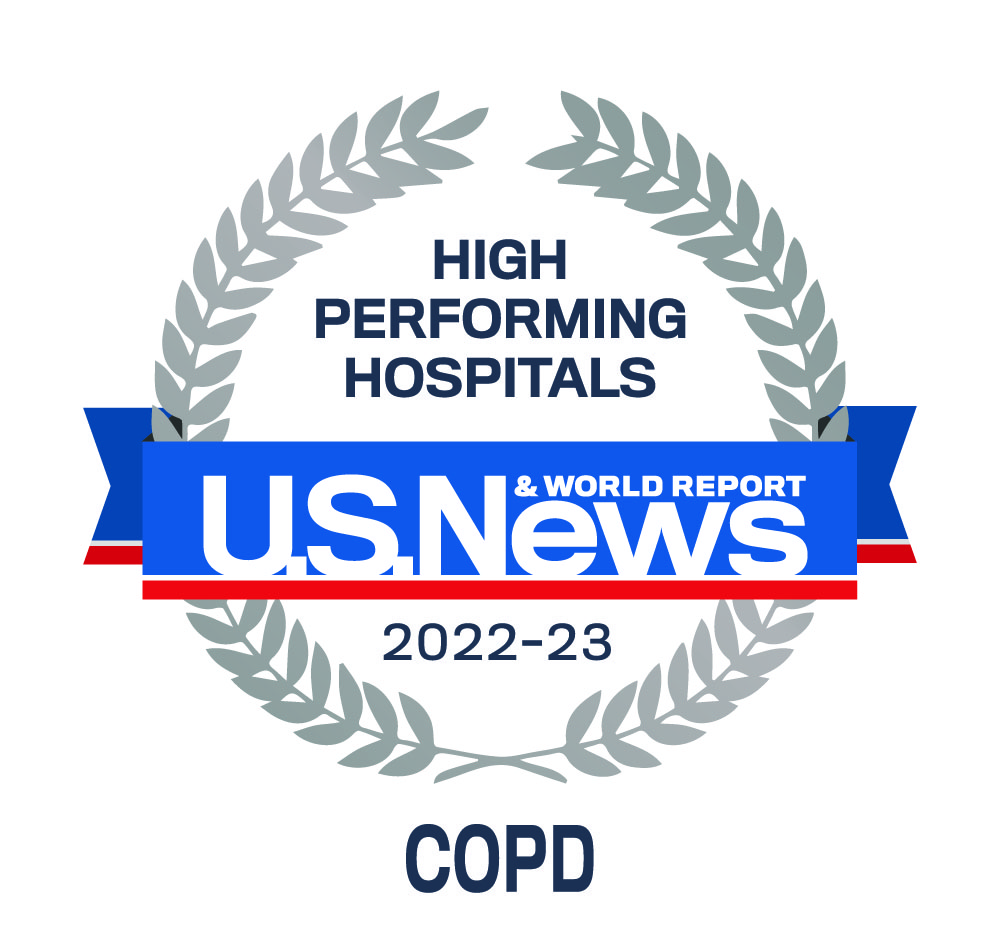 Texoma Medical Center was named a High Performing Hospital for COPD by U.S. News & World Report. This is in recognition of care that was significantly better than the national average, as measured by factors such as patient outcomes.

Please call 903-416-3627 to schedule an appointment with one of our pulmonary medicine physicians.

Ever since Terri Steward was treated for stage one lung cancer three years ago, she has suffered from chronic obstructive pulmonary disease (COPD) and asthma. She has also had to limit activities she loved, such as riding her motorcycle, because she often found it difficult to breathe.

As a result, her conditions would often cause complications that required hospitalization. But in the fall of 2016, it was during a hospital stay that her pulmonologist, Sanober Kable, MD, told her about a procedure that may be of benefit — bronchial thermoplasty.

Says Dr. Kable, “With bronchial thermoplasty, we treat the individual bronchial tubes using a controlled heating element. The heat breaks down the thickened lung tissue, which allows better airflow. Three outpatient treatments are done under general anesthesia, three weeks apart. The first one is done in the lung’s right lower lobe, then we treat the lower left lobe, and finally, the upper right and left lobes.”

Terri learned that steroid use for her COPD contributed to the increased lung tissue thickness. “Dr. Kable told me about the bronchial thermoplasty procedure that was newly available at Texoma Medical Center, and how she was the only doctor there doing the procedure. I was able to have my treatment in December 2016.”

Dr. Kable says people with severe, persistent asthma are among the best candidates for bronchial thermoplasty.“Despite optimal maintenance therapy many patients are on, they have to go in to the doctor too frequently, just to be able to breathe,” she says. “This treatment allows patients to reduce the amount of rescue medications they need on a daily basis, which is much healthier for them. I have seen the 'before' and 'after,' and many of my patients have had significant improvement.”

Terri says she noticed a difference after the first treatment, but had more major improvements after the second and third ones. “A simple cold used to put me in the hospital. And even though I started with a cold after having the thermoplasty done, I did just fine and didn’t need to go to the hospital. I truly feel that is a result of the treatment.” Terri has also reduced her daily breathing treatments and has not needed her rescue inhaler as much.

Dr. Kable notes many patients start feeling better after a week following the first treatment, and that they should really notice a difference a month after all three procedures. She currently performs three to five treatments a week.

As a home care nurse, Terri often has to lift and help maneuver patients. She now finds that doing her job is much easier, and recommends the treatment for anyone with asthma. “I see about seven patients a day, and I have talked to some of them about it. Most of the nurses I work with have never heard of it, but we are all now sharing the information with our patients who suffer from severe asthma,” says Terri.

Another positive, Terri explains, is that she can be more involved in other activities, such as walking with her sister, and getting back on her bike. “I used to have to tell my sister to slow down on our walks together, now I don’t have to. Just doing normal, everyday activities such as cooking and cleaning is so much better, not being out of breath,” she says.

Terri says the care she received at Texoma Medical Center was beyond excellent. “The nurses explained everything that was going to happen and put me at ease, and Dr. Kable is simply the best at what she does. I highly recommend her and the hospital,” says Terri. “I have been here a lot, and it is so important to this community that TMC is here. The nursing care here makes the hospital, and I am so grateful for the fantastic crew that took care of me!”