An End to Decades of Severe Back Pain | Texoma Medical Center

An End to Decades of Severe Back Pain

A New Lease on Life After Neurosurgery 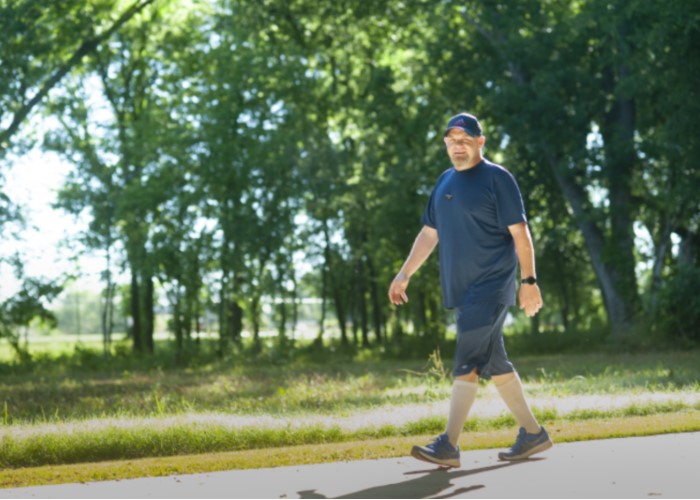 Justin Hall has suffered from severe back pain since he was 16 years old. A former construction worker and certified welder, the now 39-year-old worked through the pain for most of his life. It was not until he found neurosurgeon Abdul Baker, MD, at Texoma Medical Center that he found an answer to his debilitating issue.

“The problem started when my body fully developed. That’s when nerves started pinching together,” Hall says. “I woke up one morning and couldn’t move from the pain.” After an MRI revealed his spine had a fracture, he went to various doctors who prescribed weight-loss, pain medication or physical therapy as standalone treatment.

Seemingly out of options, Hall felt he had to learn to live with the pain and the losses that came with it. It kept him from physical activities, grocery shopping with his wife and attending his children's school and sports events. His emotional health was also greatly affected by his condition. “The pain put me in a very dark place,” he says.

Things changed on Father’s Day three years ago when Hall suffered a stroke. He lost all feeling in his left side and when it came back, his back pain returned tenfold. To make matters worse, the pain had spread to his left leg.

The pain became so excruciating that Hall decided to try seeking treatment again. “It was so bad I couldn’t take it anymore,” he recalls. “That was the final straw.” His wife drove him to TMC’s Emergency Department where he received a CT scan, after which he was referred to Dr. Baker.

Feeling Better Than He Thought Possible

“After examining him, it was clear he needed spinal surgery,” Dr. Baker says. “I explained to him that the procedure has a high success rate for motivated patients, and he agreed to it. For Hall, it felt like his prayers had been answered. “Dr. Baker knew exactly what needed to be done. I could tell he knew his stuff,” he recalls. “I was happy he understood me and that something was finally happening after all these years. It was surreal for me.”

Dr. Baker performed the surgery that day. The procedure took an hour and a half, and Hall woke up from it feeling better than he had thought possible. “The original back pain was completely gone, and now I only feel occasion pain in my leg,” Hall says. Regarding the results, Dr. Baker says the change he has seen in Hall’s physical and emotional state, “brought a tear to my eye.”

Back to Enjoying His Life

Since his surgery, Hall has taken to walking and has covered 900 miles on foot. He is back to enjoying his life and spending time with his family. Looking back on his long, difficult journey, he says “It’s like night and day. My wife says the black cloud that was following me is gone.”

“TMC is awesome,” Hall says of the care he received. “They listen and actually want to help you. Everyone there was really good to me.”